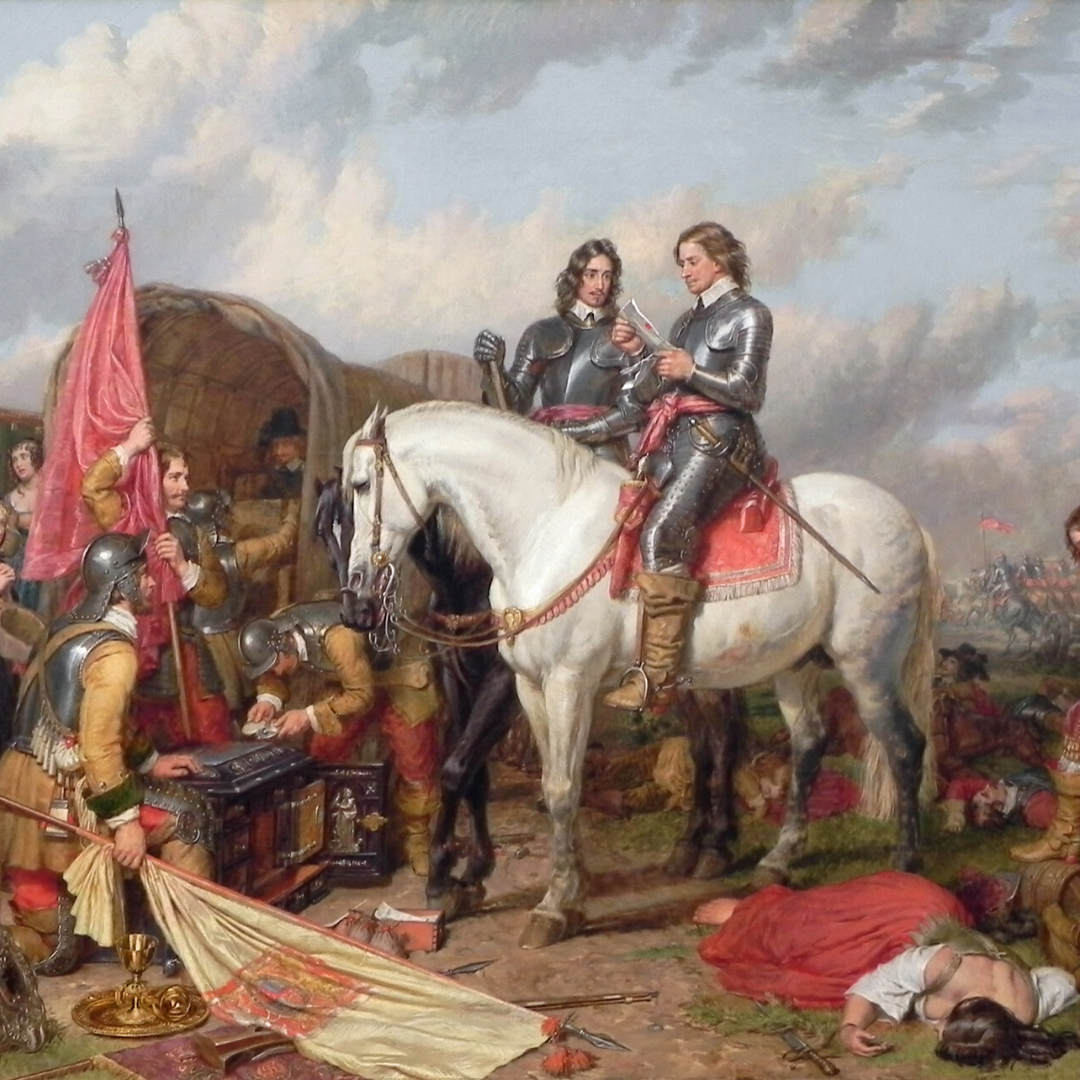 There have been hundreds of wars that have occurred in Britain which date back hundreds and thousands of years, but one which isn’t talked about as much as the famous ones is The Siege of Manchester.

The siege of Manchester started the civil war, with 3000-4000 Royalists from Salford attacking the town and the battle raged on Salford Bridge and into Deansgate.

The main basis of the conflict was there were already tensions between King Charles I and parliament as between 1625-1629 Charles dissolved parliament three times and ended up ruling alone.

However, this all slowly began to deteriorate as Scotland weren’t happy with King Charles forcing them to have a new prayer book and because they refused, Charles called upon parliament to have war funds for him to fight the Scots.

Furthermore, to make matters even worse for Charles, there was an uprising occurring in Ireland in November 1941 and there were further disagreements as to who should command an army to suppress the uprising.

The Royalists were defeated between 1645-1646 by parliament with some help from a newly formed alliance with the Scots. Charles surrendered to the Scots, however, he escaped to the Isle of Wight in 1647 and a group of radical MP’s one of which was Oliver Cromwell put him on trial for treason. King Charles I was found guilty and executed on 30th January 1649.

The plague has affected the whole world drastically numerous times throughout the entirety of human history during different time periods. The great plague hit Manchester in 1605, though there are records of burials that connote Manchester suffered from the plague in the 1580’s and the 1590’s.

The plague of 1605 began in April and reached Its peak in July , it wouldn’t eventually subsided till November, however, there were still cases being reported that went on till February 1606.

The severity of the plague is reflected not only in the number of burials, but also in the local reaction to the epidemic. In August 1605 there were no christenings by reason of the extremity of the sickness and in June, July, August there were no weddings for the same reason.

In August 1819, 60,000 men, women and children, converged on an open space in Manchester known as St Peter’s Fields. Many of those who arrived there were workers from the cotton industry, and they carried with them homemade flags which showed their support for political reform and an extension of the franchise.

The headline attraction that day was the voice of Henry Hunt, who was known as the ‘champion of the people’ because of his leading role in the campaign for universal suffrage. Many ordinary people were discontented precisely because they had no say in how they were governed. 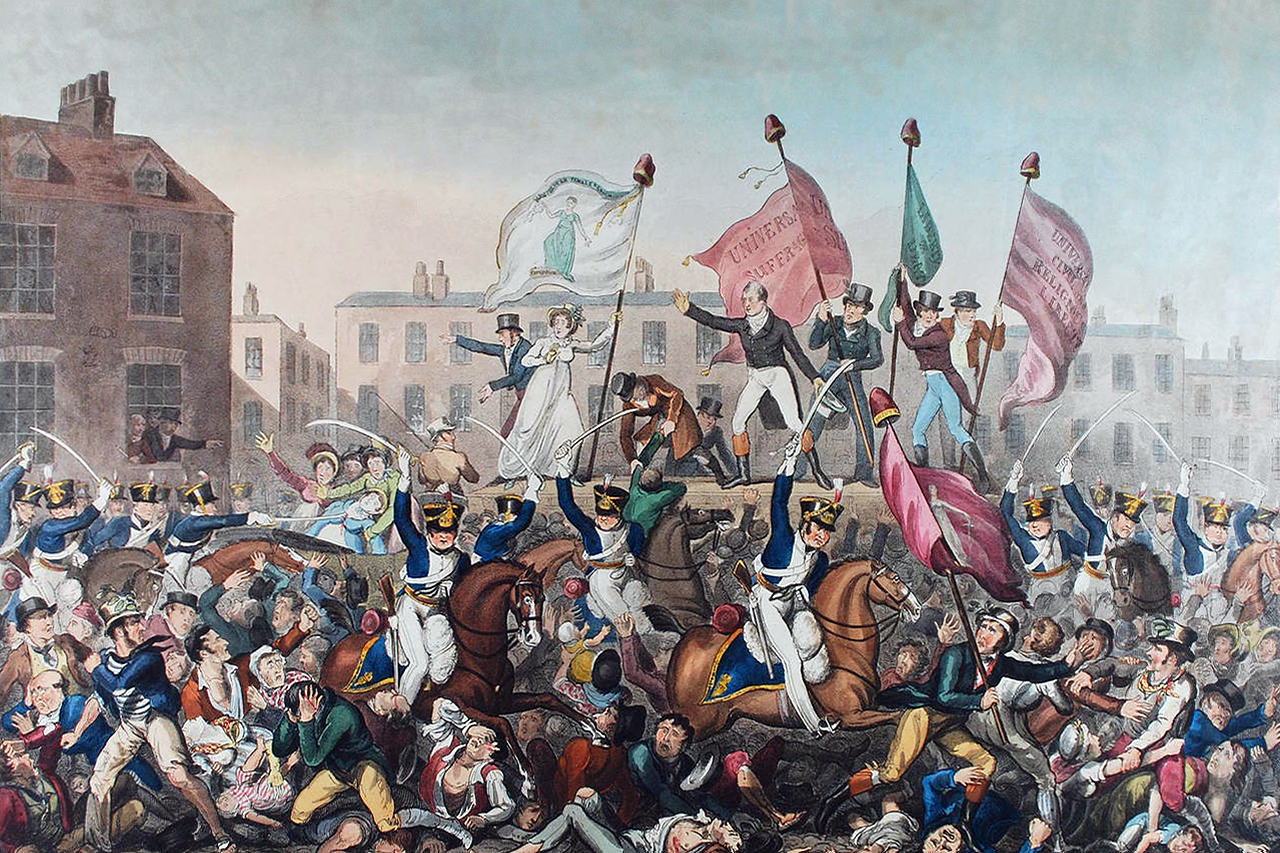 By meeting at St Peter’s fields, the demonstrators hoped they could influence the government, and bring about a change for the good. However, what should’ve been a peaceful reform meeting turned into a bloody massacre. The sight of working men and women marching arm in arm was extremely alarming for the Manchester magistrates and they feared a rebellion was upon them.

The magistrates acted by requesting the support of the Manchester Yeomanry cavalry and the 15th regiment of dragoons to arrest Henry Hunt and break up the meeting. Whilst charging on horseback slashing their sabres, the Yeomanry attacked the crowd causing injury and confusion. In total 15 people were killed and over 600 were injured.

WW2 was one of the most catastrophic events to ever happen, millions of lives were lost and it truly changed the course of history. The war lasted between 1939-1945 and during this time there were many battles that had taken place. Some that were won and some that were tragically lost.

But a big incident happened in late autumn 1940, the great blitz spread from the capital of England, London, to other cities across the UK. Some of the big cities that were heavily affected by the German air raiders were major war industries and this impacted the country massively at the start of the war.

Manchester was hit with two air raids in December 1940 which was called ‘The Christmas Blitz’. Tragically, an estimated 684 people died and more than 2000 were injured, it was such a horrific time to be alive in.

In 1750, Manchester wasn’t the city it is today. It was only a small village with a population of less than 15,000 people. The citizens that lived there were mainly farmers and those that weren’t were most likely part of the cotton industry, producing household goods and cloths for their own homes.

A few years after, water wheels started to power the textile factories and many of these were built along the rivers to get power for the machines from the water wheels. This then called for more workers and created more jobs, by 1780, Manchester’s population increased to 20,000 and was continuing to grow very fast with the improving technology of the British Industrial Revolution.

The James Watt steam engine was an integral part of the Industrial revolution, rather than using a water mill, Watt’s engine ran on coal, steam and could power up a factory which meant they could be built almost anywhere.

Watt’s assistant made an improvement to the steam engine so that it could be made to turn a wheel, this made water wheels obsolete and steam engines were clearly the future. The demand for workers was higher than ever as this was the time of excessive growth for the city of Manchester.

If you’ve enjoyed reading the historical events we’ve picked out then please get in contact with us and let us know what you think!